Where to Eat in Chicago

Apr 2007: It's always fun to go to the annual conference of the International Association of Cooking Professionals— if only to see my cooking buddies. This year the IACP conference was at the Hilton in Chicago. 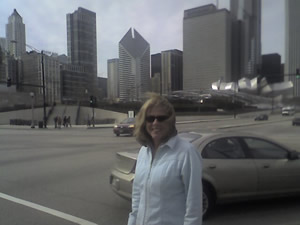 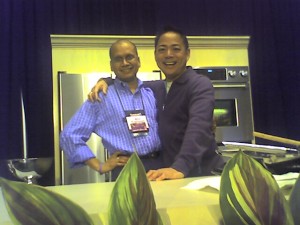 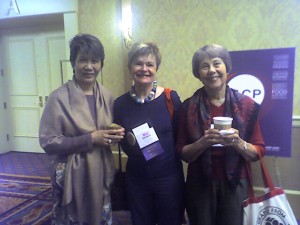 In the old days, each evening after dinner we would all gather in bar of the hotel around Julia Child andJacques Pepin. This year there were fewer old timers; but it’s still fun to see everyone! Bonnie from Toronto; Nina fromBoston; Nathan from Vancouver; Raghavan from Minneapolis; Lauraine from Auckland; Rossie and Donald from the UK; Patrice and Francois from Washington, D.C., and many more!.

After going to the conferences for almost 30 years, I have learned that the best way to handle them is to skip the luncheons and chose the seminars carefully. After all there were only three days to run around Chicago eating. Although I didn’t try one, Bruce Aidells assures me that the best local food is the Italian beef sandwiches at Mr. Beef. 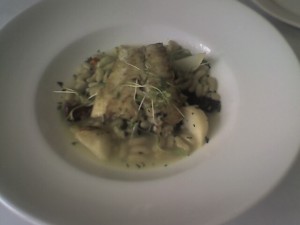 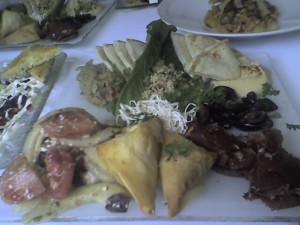 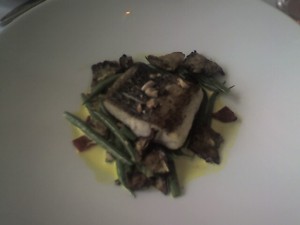 You should not go to Chicago without a meal at Rick and Deanne Bayless’ FRONTERA GRILL—great margaritas and guacamole and authentic Mexican food. My favorite was a restaurant called NAHA, excellent Mediterranean food, well served in a relaxed atmosphere. It looks like the menu changes often, The Mezze platter was fabulous; as were the Tartare of Tuna; and the Beet Salad. The Alaska Halibut with Cannellini Beans and Smoked Ham Hocks was so good; but the best was the Navarin of Lamb with Chickpeas, Apricots, Cashews, and Baby Carrots.

There is a new breakfast and luncheon place downtown called YOLK which is great fun. And, I understand that BLACKBIRD is great; as its companion restaurant AVEC (no reservations.) And, my friend Jack says all the chefs are eating at a little place called SCHWA, where you have to bring your own wine. The bottom line is that in three days, I only had time to eat in a few of the really great restaurants in Chicago; however, I can say from my experience that Chicago is a really great restaurant city with a culture of excellent restaurant service. 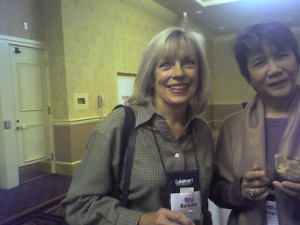 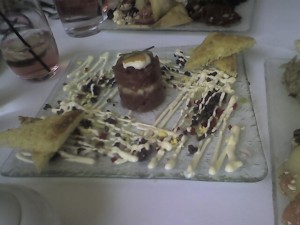 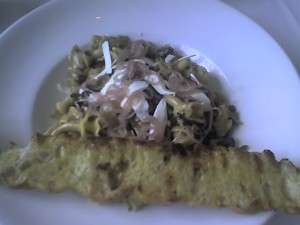 A fascinating workshop at the recent IACP conference in Chicago was organized by my friend, Nina Simonds. First, Madhur Jaffrey talked about spices in Indian cooking; then Jill Norman talked about the use of spices in Europe; and then Patti End (of the Spice House in Chicago ) talked about spices in this country. The exciting thing I learned is about a spice that is reappearing now after being out of use for literally centuries. It is called “grains of paradise”. This spice which is grown in Africa and is related to cardamom was used in Europe in the 14th and 15th century before pepper became popular. It can be used in cooking as pepper but has a more delicate and complex flavor than pepper. You can buy it from THESPICEHOUSE.COM.

San Francisco’s Pastries
Where to Eat in New York