Chuck Williams is my Hero! 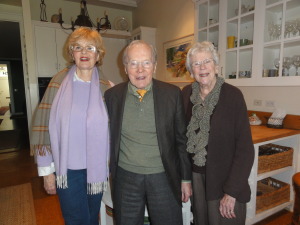 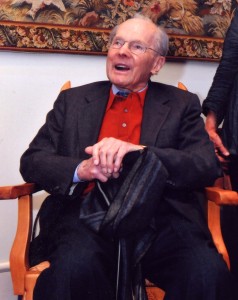 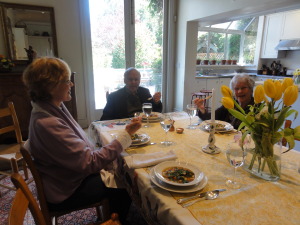 Chuck grew up in Jacksonville, Florida.  He always says it was his grandmother who taught him how to cook.  She had owned a restaurant in Ohio before moving to Florida.  During the depression his parents drove back and forth across the country looking for work and became discouraged. Finally, Chuck found employment at a date farm in Southern California, where he worked for years.  The date farmer saw that he finished high school.  After that he worked as a mechanic repairing airplanes for the armed forces in World War II.  He was stationed in India and the Middle East.  After the war he worked in receiving at a department store in Los Angeles for a while.  Then, he moved to Sonoma where he built three houses by himself.  When the hardware store where he bought his supplies came up for sale in Sonoma, he bought it and called it Williams-Sonoma.  The year was 1956.  About that time, a couple of Sonoma friends invited him to join them on the Queen Mary for a trip to Europe.  It was there that he fell in love with the French copper cooking pots at Dehillerin, a famous restaurant kitchen supply store in Paris.  Pretty soon, he was filling his hardware store with French cooking equipment.  Soon after that, one of his customers suggested he move his store to San Francisco.  When he asked “What block should I be on?”, she replied the same block as Elizabeth Arden, where the society ladies had their hair done.

In 1958 Williams-Sonoma opened on Sutter Street between Mason and Powell, on the same block as Elizabeth Arden and across from a popular women’s club.  Soon after that, another customer told him she was tired of registering her daughters with Tiffany and Gump’s.  Chuck said, “I can’t offer bridal registry!”, which, of course, he did soon after; and the rest is history.

Chuck talks often of his years of service to his customers.  Sometimes, they would leave their dog with Chuck at the Sutter Street store while they had their hair done or went shopping.  Sometimes, they had their ball gowns delivered to Williams-Sonoma.  Not only would Chuck listen to his customers, he would also take care of things like this.  For years he wrapped all the Christmas presents in the basement at Sutter Streetand sent out the mail-order packages.

I remember in my early years of teaching cooking, I went into Williams-Sonoma and asked for a 7-inch flan ring.  A recipe in GOURMET Magazine called for one, and I had no idea what a flan ring was.  The man behind the counter said, “I tried that recipe in this month’s GOURMET, and I think it would be better in a 8-inch flan ring.”  In those days, all the store clerks were passionate home cooks.

Chuck attributes his success in part to being in the right place at the right time.  It was in the 60’s that upper middle class women were doing the cooking at home rather than instructing their cooks.  Also, it was the time that Julia Child was teaching Americans French cooking on black and white television.  Chuck had many well-known cooks visiting his store who sometimes gave cooking classes.  An event I will never forget was a pastry exhibit by Flo Braker and two other cooking teachers—the store was filled with the most amazing cakes.  Chuck also assisted James Beard with his classes in Seaside, Oregon, and at the Stamford Court Hotel.

Everywhere he went, Chuck just loved food and cooking—even to this day.  Chuck is 96 now.  He has received many awards over the years and been recognized on such shows as Oprah Winfrey.  He has written and edited many cookbooks.  However, most important is that over all these years he has pursued his passion for cooking; has shared it with others; and has led by example of always behaving like the true gentleman that he is.  I honor you, Chuck, and so do we all—thank you! 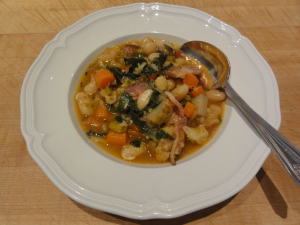 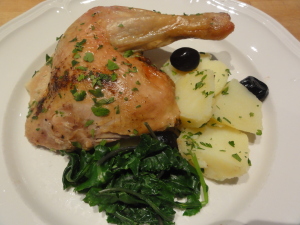 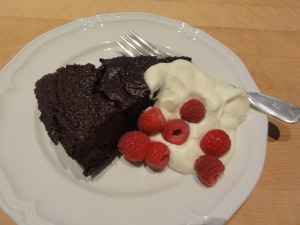 Sunday, I hosted Chuck for lunch with a couple of his long time friends, Sue Fisher King and Cynthia Mackay–we had a great time.  For lunch I served what I call Winter Soup – really it is a soup made from whatever you have in the cupboards and refrigerator.  To find out how to make soup without a recipe (watch my video).

Remember there are literally hundreds of tried and true Recipes on www.tantemarie.com – some of them with how-to Videos.  Have fun cooking!

What Does it Take to Be a Good Home Cook?
The Truth About Meat